Skip to content
Cletus Ibeto is a Nigerian business mogul, a philanthropist, founder and head of Ibeto group, a conglomerate with business interests in petrochemical industries, cement, hospitality, real estate, automotive parts as well as banking and finance. 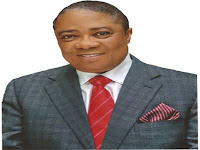 He is a renowned and acknowledged industrialist who has advanced the cause of international goodwill and understanding through his extensive international business undertakings and network. Known as a man of good character, business and community reputation, he is focused, determined and dedicated in pursuing of excellence.

Dr. Cletus Madubugwu Ibeto is estimated to worth around $3.7 billion.

Dr. Cletus Madubugwu Ibeto was born on the 6th of November, 1952 in the city of Nnewi in Anambra state, Nigeria. In January 22nd, 1966, the young Cletus was enrolled in Crusader Secondary School, Isingwa Amachala, umuahia at a tender age of 13, following in the footsteps of his two elder brothers, Cyrin and Louis Ibeto (who where already in school).

Young Cletus like every other kids was so excited that he even dreams of finishing his education at the higher level, but unfortunately, his educational ambition was cut short on the day he was supposed to resume school.

Also Read: How To Start A Snail Rearing Business In Nigeria

After a 30 minutes or more discussion between his father and his elder brother, Cyril, his father had concluded that Cletus wouldn’t be going to school anymore, based on the fact that since his two sons (Cyrin and Louis) were already in secondary school, so it is better and wise if his last son Cletus, should choose a different route. So his father concluded that he Cletus, should go and learn trade which is a respected and well known path among the people of Nnewi from a trader known as John Akamelu, who deals with auto spare parts in Onitsha, Anambra state.

What a world? Cletus cried all through night and even refused to eat for days, in an attempt to try to change his father’s mind but all to no avail, so he had no any other choice other than to obey his father’s decision and he did so and left to Onitsha in his school uniform.

Cletus Ibetos Life As an Apprentice

Upon his safety arrival at Onitsha, the young Cletus Ibeto was seen wearing his school uniform by people in the market and this led to many pocking fun of him by calling him names such as, “School boy” and other names, solely because formal education was considered back then, as a thing for the weaklings who could not brave the competitive world of trading and only few parents allows their children to be educated.

His master, John Akamelu, hated Cletus love for education with passion, so he deals with him mercilessly whenever he sees it necessary with the aim of helping the young Ibeto to master his trade.

Even till today, Cletus Madubugwu Ibeto still carries the mark of his master’s whip lashes on his laps with pride. Cletus journey into apprenticeship was cut shot in 1967, age, 17 years, when a war broke out as he was forced to partake in the war known by many as Nigerian civil war or in short, “Biafran war”.

Cletus was conscripted into the Biafran army, becoming a batsman to a Biafran captain who died at the first battle. Cletus was shot in his lungs during the war but survived after several months in hospital.

Upon the ending of the war, Cletus begin sorting for ways to raise capital to manage his business. His Prominence came during the regime of then president of Nigeria, president Alhaji Shehu Shagari. Under the leadership of Shagari, he allows the importation of goods into the country without import license so Cletus being smart enough, make use of this opportunities by quickly importing goods into the country. By the time the import license was re-introduced, he had already saved up to N3 million which he used to obtain an import license.

Also Read: How To Save or Invest Money On Piggyvest Platform In Nigeria
He subsequently imported 65 containers of motor spare. By the time other importers went for import license, the government has already tightened the screw and it was virtually impossible to obtain import license. This sudden decision by the government benefitted no body other than Cletus Ibeto, whose containers were already in the market, became the only one who had enough goods at that time to sell. He had customers from all over the country lining up to buy from him irregardless of the higher price at which he was selling.
He earns up to $5 million within two days of the arrival of his containers and during an interview he said, “that was the turning point for me”. Ibeto business continued to thrive from that point up ward’s. On march 1988, Ibeto stopped direct importation of lead acid automotive battery and plastic motor accessories, after completing his factory in Nnewi. In 1995, Ibeto group (his business name) became one of the, if not the largest auto spare parts manufacturing outfits in Nigeria.
In October 2, 1996, Ibeto petrochemical industries Ltd was established at Apapa Wharf and the Ibru Jetty Complex, Lagos, Nigeria. Which is engaged in the blending of oil lubricants as well as the production of various types of petroleum products for local and international markets. The company owns the largest liquid storage facilities for petroleum products in Nigeria with a capacity of over 60,000 metric tonnes.
In May 2018, Ibeto cement company Ltd announce a reverse merger with century petroleum corporation, a United States publicly traded petroleum exploration and production company in a move to enter global markets and bypass the complex process of listing. He later purchase 70% controlling power of the company and he was subsequently made the chairman of the board of directors. 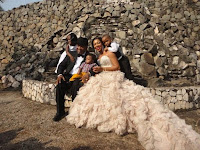 Chief Cletus Ibeto officially changed his marital status in December 2012, When he got married to a lawyer named Augustina Ifeyinwa Okpala simply referred to as Ify. Having previously parted ways with throughout his first wife and mother of his 3 children over irreconcilable differences.

Need a loan? Check out these online money lending options in Nigeria.

Cletus Ibeto is age 67 years as at the time of writing, and he is married to a lawyer who is fair and tall in complexion namely Mrs. Ifeyinwa Augustina Okpala.