Skip to content
Femi Otedola is a Nigerian businessman, the father of the popular DJ, DJ Cuppy, the former chairman of Forte Oil plc, an importer of fuel products, he is also the founder and CEO of Zenon petroleum and gas Ltd and the owner of a number of other businesses across real estate, shipping and finance. 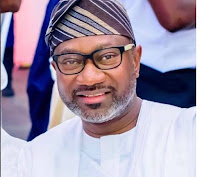 Femi Otedola is the second Nigerian after Aliko Dangote to be included on the Forbes list of dollar-denominated billionaires. He is also the son of the former Lagos State Governor, Sir Michael Otedola who was the 9th Lagos state governor and was in office from January 1992 to 18 November 1993.

Femi Otedola of Nigeria is the former chairman of of forte oil plc, an oil marketing and power generation company. He is also the chairman of zenon petroleum and gas Ltd. When Forbes published its annual rich list in March 2016, Otedola was ranked as 1011st richest person in the world with a net worth of $1.8 billion. It dropped to $550 million in 2018 rich list ranking by the same Forbes.

Femi Otedola was born on the 4th of November 1962 in Ibadan, the capital of Oyo State, South West Nigeria, into the family of the late Sir Michael Otedola, governor of Lagos state from January 1992 to 18 November 1993.
In the late 1980s the young Femi ran the marketing for his family’s printing press before going on to trade petroleum products (Oil and gas). In 1994, Femi established CentreForce Ltd, which specialises in finance, investment and trading. He is also the owner of Swift insurance.
Femi is the chief executive and CEO of SeaForce shipping company Ltd and was at a certain time named as the largest ship owner in Nigeria after gaining more control over the distribution of diesel products. One of his ships, a flat bottomed bunker vessel with a storage capacity of 16,000 metric tonnes, was the first of its kind in Nigeria and Africa as a whole.
Bearing in mind that oil and gas business is a lucrative business in Nigeria, Femi Otedola secured the finance to establish Zenon petroleum and gas Ltd, a petroleum products marketing and distribution company. Being the founder and owner of Zenon, he invested the sum of N15 billion in downstream infrastructure development and acquired storage depots at Ibafon, Apapa as well as four cargo vessels amounting to a combined total storage capacity of 147,000MT (metric tonnes) capable of distributing fuels to large manufacturing companies in Nigeria in the year 2004. He later purchase a fleet of 100 DAF fuel tanker trucks for N1.4 billion in the same year being 2004.
According to news and information, Femi was reportedly alleged to be the Santa Claus of the people’s democratic party (PDP) and has contributed N100 million or more, to president Olusegun Obasanjo’s re-election bid in 2003. Have previously served as a member of the Nigerian investment promotion council (NIPC) and was also appointed to a committee tasked with developing commercial relations with South Africa in 2004.
In 2005, Femi personally donated N300 million to the completion of the national ecumenical centre (NEC), Nigeria’s primary worship center in Abuja.
In January 2006, Femi was appointed as a non-executive director of Transnational Corporations of Nigeria plc, a multi sectoral conglomerate established in 2004 by Nigeria former president Olusegun Obasanjo, to respond to market opportunities requiring heavy capital investment in Nigeria and across sub-saharan Africa. Which he later vacated on February 2011.
In 2007, Femi was among a group of donors that donated N200 million to the State security trust fund with the aim of stopping or reducing crime in Lagos state. Later that year he offered N100 million to the Otedola college of primary education in Noforija, Epe.

Need a UBA bank loan? Learn how to apply and get up to N30 billion without collateral.

Femi has made a number of real estate business by making a N2.3 billion acquisition in 2007 by Zenon of Stallion house in Victoria island in Lagos, from the Nigerian federal government. He was also appointed as the chairman of the Transcorp Hilton hotel in Abuja and tasked with driving its expansion and upgrade to a 7 star facility in the same year 2007. He is the owner of FO properties Ltd.

In March 2007, Femi obtained a loan of N193.5 billion from ten banks in Nigeria to fund his company Zenon, as a working capital to build the largest premium motor spirit storage facility in Africa.
In the same year, Femi was appointed as the chairman and chief executive of African Petroleum through the acquisition of a controlling stake in the business. He personally acquired a further 29.3% of the company for N40 billion in December of the same year. A merger of this personal holding with Zenon brought Otedolas total stake to 55.3%.
In 2008, Femi Otedola donated N80 million to the faculty of agriculture at the university of Port Harcourt.

In March 2009, Otedola became the second Nigerian after Aliko Dangote to be included in the Forbes list of richest man in Nigeria with an estimated net worth of $1.2 billion.

In December 2010, African Petroleum rebranded and officially changed its name to Forte oil Ltd. Femi carried out a restructuring of the business, focusing on technology and improved corporate governance which enables Forte oil to return to profit in 2012.

In 2011, Femi Otedola was appointed by the then president of Nigeria, president Goodluck Jonathan to Nigerians national economic management team.

In September 2015, Forte oil sold 17% of its equity to Swiss commodity trader Mercuria Energy Group, this deals gave forte oil access to global commodity markets. It is believed that Femi earns $200 million from it.

In 2019, Femi sold Forte oil plc and announced plans to change attention from oil to power with his company, Geregu Power Plc. Femi also fulfilled his pledge by donating $25,000 to the super eagles of Nigeria in the match against Algeria. 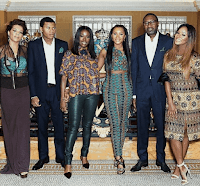 Femi Otedola was born on 4th November 1962 in Ibadan, Oyo state, Nigeria. He had his first degree at Awolowo University Ile-Ife. His first daughter, Tolani, is a singer. After she was born, Femi Otedola married Nana Otedola and they had 3 children namely: Florence Ifeoluwa Otedola Aka DJ Cuppy, Fewa Otedola (son) and Elizabeth Temi.

In 2012, it was reported that Femi Otedola gave $620,000 bribe to the then chairman of the house committee on fuel subsidy regime named Boniface Emenalo and Farouq Lawan. According to eye witnesses who claim that Femi wanted the name of his company to be deleted from the list of firms indicated by Farouq Lawans committee for abusing the fuel subsidy regime in 2012. They bribe could have put both Boniface and Farouq at risk of being jailed if found guilty of collecting bribes from Femi.

In December 2016, Femi Otedola was in a mix of controversy where it is reported that two Toronto based sisters named Kiran Matharoo and Jyoti reportedly tried to extort him by cyberbullying and blackmailing. They claimed that they had evidence of Femi cheating on his dear wife Nana Otedola, and that they would post on a notorious sex scandal website.

Femi Otedola is the son of the late former Lagos State Governor, Sir Micheal Otedola who pass away on 5th may, 2014. Femi is rose to fame by investing in petroleum products and owns other businesses in nigeria.